Speaking during a virtual year in review live broadcast on Monday, Magellan’s Hamish Douglass said it is hard to predict what will happen given some countries around the world have begun to bounce back with the vaccination roll-out, while places like Sydney are currently experiencing more lockdowns.

“Are we about to have a material market correction? I don’t know,” Mr Douglass said.

“The next 12 months is just really, really hard to judge what’s going to happen.

“We see the vaccinations being rolled out, we see the reopening of people’s economies and people’s desire to spend…”

Mr Douglass said a sensible approach would be to look forward by a few years rather than simply looking at the next year.

“I think you have to have a very balanced approach here knowing that the markets could continue to be strong, but there’s major risk out there as well. So, I think you want to be somewhat conservative here,” he said.

“The real question I think to ask ourselves is, moving forward, how do we think things are going to go over the next three to five years, not really just focused on the next six to 12 months.

“I think under most circumstances, the portfolio is very well positioned.

“The hardest thing moving forward is if inflation really reared its head and we got a material increase in long term rates particularly in the United States of America.

“Let’s say long term bond rates jumped from where they are at 1.5 per cent. Let’s say they went above 3.5 per cent, so a marked jump in rates… that would be difficult to navigate in an absolute sense.” 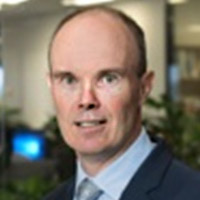