Economic conditions the world over could set the stage for an increase in mergers and acquisitions, according to AllianceBernstein (AB).

Current annual M&A is down on the past two years, but several macro-economic trends which are affecting global markets could see this change, the firm said.

AllianceBernstein's chief investment officer for concentrated global markets, Mark Phelps, said cheap finance and low growth are among the drivers of a possible pick-up in M&A.

“Moderate economic growth globally and sluggish earnings growth in many regions could provide an impetus for acquisitions," he said. “Companies realise that if they can’t build revenue growth, they just might be able to buy it instead."

The depreciation of the British pound has also spurred an increase in M&A, Mr Phelps noted, commenting that the “slumping pound is more than an export booster”.

“After the Brexit vote, acquirers are well aware that they can find quality British businesses at bargain prices. In July, the volume of UK takeovers accounted for 27 per cent of global deals, according to FactSet,” Mr Phelps said.

Stagnating growth in China and the appreciation of the Japanese yen mean that companies from both countries are also increasingly looking to buy out other businesses to boost growth, he said.

Mr Phelps added that investors need to understand how M&A worked when assessing a deal, noting that the way in which the acquisition is executed could have a significant effect on an investment.

“Execution is critical, as countless deals end up destroying value because integration proves much more complicated than expected," he said. "In selecting stocks for an equity portfolio, we would be wary of building an investment case just on a potential acquisition." 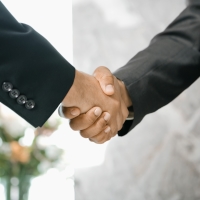