AMP has completed the divestment of its remaining 19.13 per cent equity interest in Resolution Life Australasia (RLA) to Resolution Life Group, initially announced on 3 November 2021.

In an ASX listing on Tuesday, AMP said that "the successful completion of the transaction strengthens AMP’s capital position".

"AMP will provide an update on its capital position at its half-year results on 11 August 2022".

AMP Life was originally sold to Resolution Life Group in 2020 for a consideration of $3 billion, including the equity in RLA.

In a separate statement issued on Tuesday, RLA said that “this milestone” coincides with it “entering the last stage of full separation from AMP and the cessation of all transitional service agreements”.

RLA confirmed that since acquiring the majority interest in AMP in 2020 it has been focused on establishing its Australasian platform and transforming the business to become more data driven, digital and customer focused.

During this time, RLA has, among other things, launched its new customer and advisor portals and an AI enabled claims management capability, while also becoming one of the first life insurers in Australasia to establish a cloud only strategy.

“These significant developments mean we have full ownership and control of our future and are also in a strong financial position to pursue our growth ambitions,” said Megan Beer, CEO of Resolution Life Australasia.

“We’ve achieved so much over the last few years and will continue to adapt our business and invest in contemporary digital offerings, data and artificial intelligence capabilities that benefit our customers,” Ms Beer noted.

She vowed to ensure RLA continued to “lead by example”, particularly in regards to lifting professional standards for the industry.

“Our ambition to be the leading in-force specialist life insurer in Australasia. We are well on our way to achieving that.”

Globally, Resolution Life currently manages US$82 billion of assets, employs over 2,000 people and provides services to over 3 million policyholders. 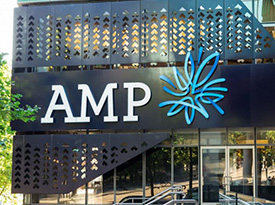