Former CEO of ING Direct Vaughn Richtor will assume the role of chairman at MyState following the retirement of Miles Hampton, the company, which celebrated record loan book growth in Q1, confirmed on Wednesday.

MyState's loan book increased to $5.7 billion in the three months to September, up 4.7 per cent since June 2021 with home loan applications up 115.5 per cent on the prior comparative period to a record $1.3 billion, the company announced on Wednesday.

Attributing the growth to its 2025 strategy, MyState also confirmed record settlements of $678 million, up 84.3 per cent.

Loan book growth in the quarter was $258 million, nearly 19 per cent on an annualised basis.

"These record home loan numbers are an outstanding result and a clear indication that our 2025 strategy to create scale and accelerate growth are working," said managing director and CEO Melos Sulicich.

“With FY21’s $55.5 capital raise complete and 2025 strategy now in place, we plan to see these results continue as we attract more customers from the eastern seaboard states through our offering, expansion of marketing activities and increased presence in the broker community," Mr Sulicich noted.

MyState’s profit elevated by 20.9 per cent for the previous financial year, as the company's digital evolution saw it service a more geographically diverse customer base.

"Our evolution as a digital bank that services a more geographically diverse customer base saw us improve on most metrics. Net profit after tax, earnings per share and net interest margin all increased, and we harnessed the benefits of reduced funding costs and a significantly reduced impairment charge," Mr Sulicich added.

In other news, MyState announced that Miles Hampton would retire as chairman and director effective 31 March 2022, with current non-executive director Vaughn Richtor set to assume the role of chairman.

Mr Richtor joined the board of MyState in 2019 after a long career in banking, including senior roles with ING in the UK and Ireland before coming to Australia in 1995.

CEO and managing director Melos Sulicich is also retiring at the end of 2021. He will be replaced by Brett Morgan, currently CEO of ASX-listed BNK Banking Corp and previously country head at ING Vysya Bank in India, a company 40 per cent owned by ING Group.

Former CEO of ING Direct Vaughn Richtor will assume the role of chairman at MyState following the retirement of Miles Hampton, the company, which celebrated record loan book growth in Q1, confirmed on Wednesday. 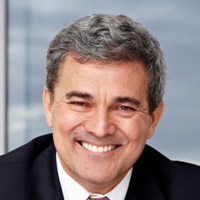