Huge salaries and no growth: Why Citi is quitting Australia

For the US-based chiefs of Citigroup, shuttering the underachieving Australian consumer business could not have come soon enough.

The writing was on the wall for Citi Australia back in January, when the banking giant announced a review of its Asian retail operations. Jane Fraser took over from Michael Corbat as global chief executive last month and wasted no time getting down to business.

She described the review of Citi’s regional consumer business as a “clinical” process, suggesting a more swift, decisive leadership style to her predecessor. During the bank’s first-quarter earnings call last week, Ms Fraser announced the sale of Citi’s consumer business in Australia.

The announcement was upbeat and brutally honest: “We don’t have the scale to compete,” she said. “We simply aren’t the best owners of [the Australian consumer business] over the long term. Our capital and resources are best deployed elsewhere.”

The bank will now focus on its core wealth business across key hubs in the US, Mexico, Singapore, Hong Kong, the UAE and London.

Citi Australia bankers have admitted that while they knew the local business was under review, last week’s announcement has left them rattled. Most are now considering what their next move will be.

But they also generally accept that something had to change. Megaliths like Citi are quickly being eroded by leaner, more agile players across the financial services spectrum, from mortgages to wealth management.

There are three parts to the Citi Australian business: credit cards, mortgages and wealth.

The cards business is the profit centre and will be an expensive acquisition when it is no doubt sold off separately.

The mortgage book is small compared to domestic ADIs and on par with the likes of non-bank lenders like Firstmac, Resimac and Liberty. Any of these could be an appropriate suitor.

But it is Citi’s wealth business that has been the primary concern. Sources close to the situation say the bank pays between $18,000 to $20,000 to acquire a wholesale client. Yet the wealth operation only generates revenues of $35 million to $45 million a year, just enough to afford the generously paid network of between 60 and 70 relationship managers (RMs) who provide investment solutions to high-net-worth (HNW) Australians.

It is understood Citi’s Australian wealth business has failed to make a decent profit in close to a decade, a fact that has consistently perplexed the bigwigs back in Manhattan.

An underperforming outpost
There was a time when financial behemoths like Citigroup ruled the roost, but those days are long gone. Credit cards are losing business to buy now, pay later upstarts like Afterpay and technology is stripping the fat salaries and clunky process out of mortgages and wealth management.

Citi has simply been unable to scale its business at the pace necessary to grow profitably. The old model is no longer fit for purpose.

At the end of the day, it all comes back to the balance sheet. For Citi, the cost of operating in Australia was just far too high for the meagre earnings it eked out.

Globally, Citi posted a record quarter for net income over the three months to 31 March. The lacklustre Australia business, by comparison, sticks out as an underperforming outpost.

“We are going to be focused, by directing resources to high-returning business and away from the others,” she said.

In this case, Australia was clearly one of the “others”.

Huge salaries and no growth: Why Citi is quitting Australia 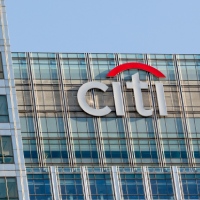