The Australian economy saw strong growth in the September quarter, ending its first recession in 29 years.

Economic activity rose 3.3 per cent over the September quarter - the strongest quarterly growth since the 1970s. Household spending drove the economy, rising 7.9 per cent due to increased spending on goods and services.

“Following the record 7.0 per cent decline in the June quarter, Australia experienced a partial recovery in the September quarter. As a result, economic activity fell 3.8 per cent through the year to September quarter,” said ABS head of national accounts, Michael Smedes.

The easing of social distancing measures amidst falling COVID-19 case numbers played a large part in the recovery in economic activity, with Victoria as the sole exception after implementing stage 4 restrictions in early August due to a spike in infections.

But while Australia has technically exited recession, the effects of the COVID-19 Crisis will linger. Unemployment remains stubbornly high and will take several years to return to pre-COVID levels, while it will be some time before the Morrison Government’s budget measures begin to take effect – and longer still until it can return its focus to creating a surplus.

At the same time, the fears voiced by RBA Governor Philip Lowe – that Australia is becoming a fundamentally less dynamic economy – have only grown, with the Governor recently encouraging businesses to take on more risk in order to fuel the recovery. However, the distribution of a COVID-19 vaccine also promises to boost investment and spending, while markets will be buoyed by a perceived ‘silver bullet’ against the new normal of life in a post-COVID world.

The Australian economy saw strong growth in the September quarter, ending its first recession in 29 years. 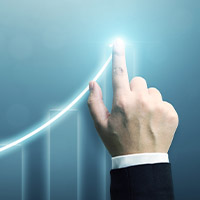