The boss of IOOF has rejected speculation from a Labor MP that its platforms have priced customers out of using external products.

Speaking to the House of Representatives standing committee on economics, IOOF chief executive Renato Mota was questioned on the group’s Pursuit platform, which operates under three models: Focus, Core and Select.

As pointed to by the committee’s deputy chair and Labor MP Dr Andrew Leigh, the Focus model, which offers access to only IOOF funds, charges fees that are around half that of Select, which includes external products in its suite.

“Doesn’t that suggest that you’re charging customers more if they want to have access to external products?” Dr Leigh asked.

Mr Mota defended the price divergence, later going on to point out that Focus gives access to around five or six products that are managed internally, in contrast to the Select’s suite which holds more than 400 funds.

“What we are in fact doing there is passing on the benefits associated with having a smaller menu and IOOF is managing both the administration and the investment menu, which is cheaper to run,” Mr Mota said.

“Those benefits of that lower cost structure are being passed on to the member. Having more funds to manage, adds greater complexities, adds greater risk and we do charge more.

“We charge in line with the market but it is higher than what we call our ‘mini wrap’. And that is a function of us passing those benefits, those efficiencies to the client through lower prices.”

He would later add that the group has obligations to manage each of the 400 products available on the Select menu, with daily administration and consolidated reporting.

“This is far more complex than doing it with six or seven options,” Mr Mota said.

“Those increased costs [do] translate to a higher price. What we would like to think is that we’re giving people informed choice.”

But Dr Leigh had earlier pushed back, questioning if the pricing signal is consistent with pursuing best the best interests of the consumer.

“It seems that you’re charging higher fees for something that includes external products,” he said.

“You’re effectively steering consumers towards staying within your stable.”

Mr Mota also confirmed that IOOF has recently commenced payments on its remediation program for fees for no service, poor documentation and instances of inappropriate advice, 18 months after it initially began a review into quality of advice at the group.

It is expected to complete the refunds within the next 12 to 18 months.

Mr Mota also revealed the group had terminated 40 advisers in the last year and a half for poor advice.

The boss of IOOF has rejected speculation from a Labor MP that its platforms have priced customers out of using external products. 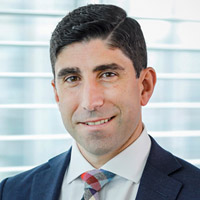