A former Westpac institutional head, the chair of AMP Capital funds management and an ex-ASIC lawyer were among the recipients named in this year’s Queen’s birthday honours list.

ME Bank director and Kirkwood Capital chair Christine Christian was named an officer (AO) in the general division, for her distinguished service to the financial investment sectors, to women in business and through support for emerging entrepreneurs.

Ms Christian is additionally a director with Flexigroup and Lonsec Fiscal Group. She is also on the boards of the State Library Victoria and La Trobe University.

Ralph Evans, former chairman of venture capital funds at Allen & Buckeridge and current deputy chairman of ICM Agribusiness, was awarded an officer (AO) in the general division for distinguished service to international trade and investment, to business and venture capital endeavour and to the community.

Ming Long, chair of AMP Capital Funds Management was a recipient of the member (AM) in the general division award, for significant service to the financial and real estate sectors and to diversity and inclusion.

Mr Scott became deputy chairman of the investment banking team at Gresham Partners after working at UBS. Previously, he had been a director of Centaurus Corporate Finance, a member of the Australian Takeovers Panel and remains chairman of the Baker Heart and Diabetes Institute.

Mr Whitfield was previously chairman of NSW Treasury, after a 30-year tenure with Westpac, where he held roles including chief executive of the Institutional Bank, chief risk officer, group treasurer and chairman of the Asia advisory board. He is also a former deputy chair of the Australian Financial Markets Association.

Former ASIC lawyer for investment managers and superannuation Jenny Taing was awarded a medal (OAM) in the general division, for her service to the financial and investment sectors and to the community. She worked with the regulator for 10 years.

Ms Taing, now a special counsel for Hive Legal and board director for the Western Bulldogs Community Foundation as well as a member of the agency management committee for Australian Health Practitioner Regulation Agency, had also been senior legal counsel and head of product implementation for Vanguard Australia.

Stuart Woodward, former CBA general manager for reputation was also named for the OAM medal in the general division, for service to the banking and finance sector and to the Uniting Church in Australia.

Mr Chapman, a researcher at the Australian National University, is known for being the founder of the HECS system. Meanwhile Mr Harper, dean of Melbourne Business School, similarly is best known for his work in public policy.

Finally, Scott Pape, author of the Barefoot Investor, scored a member (OAM) in the general division accolade for service to the community and to financial education.

A former Westpac institutional head, the chair of AMP Capital funds management and an ex-ASIC lawyer were among the recipients named in this year’s Queen’s birthday honours list. 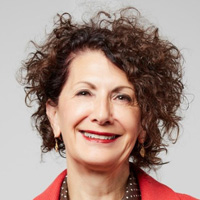