The investment company said it has terminated a worker’s employment after a video of her calling the police during an encounter with a black man went viral.

The man involved, Christian Cooper, was birdwatching at Central Part in New York, while Amy Cooper (a white woman and no relation) was walking her dog unleashed.

Their dispute began when Mr Cooper asked Ms Cooper to place a leash on the dog.

Mr Cooper began filming and later posted the video on Twitter, which showed Ms Cooper saying she would call the police to tell them “there is an African-American man threatening [her] life”, despite there not being any threats evident.

“There is an African-American man, he is recording and threatening me and my dog,” Ms Cooper is seen saying on the phone in the video.

She repeated herself a number of times, growing more frantic, while standing a fair distance away from Mr Cooper and in no apparent risk of danger.

The video quickly spread on social media with Ms Cooper and her workplace soon being identified. As at Wednesday afternoon, the original post on Mr Cooper’s Facebook profile had 29,000 comments and 16,000 shares.

Following the video breaking, Franklin Templeton placed Ms Cooper on administrative leave while it made an investigation into the matter, before it made the decision to sack her.

“Following our internal review of the incident in Central Park yesterday, we have made the decision to terminate the employee involved, effective immediately,” Franklin Templeton said in a statement.

“We do not tolerate racism of any kind at Franklin Templeton.”

Ms Cooper's termination has come as another video has circulated of a police officer pinning down a black man on the ground by his neck.

Four police officers that were involved with the incident were fired after the man who was taken into custody died.

The investment company said it has terminated a worker’s employment after a video of her calling the police during an encounter with a black man went viral. 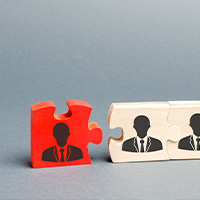