3 million Aussies could be out of work

Social distancing measures have hit employment hard, but the government’s stimulus packages mean the full nature of the crisis is still unknown.

The Grattan Institute is predicting that as many as 3.4 million Australians could already be out of work, with low-income earners – particularly women and younger Australians – hit hardest. But the government’s successive stimulus packages might be hiding the extent of the damage.

“Many Australians out of work will still be counted as ‘employed’ because they will receive JobKeeper payments via their employers,” the report reads.

“Others that would have lost their jobs will remain employed. And others will leave the labour force entirely and so won’t be counted among the unemployed either. Nonetheless, we expect the unemployment rate could rise to between 10 and 15 per cent.”

And while job losses have already been bad, it’s likely they’ll get worse. Grattan is also predicting that the second-round impacts of the COVID-19 crisis will also have a severe impact on employment, with households and businesses not directly impacted by public health measures scaling back spending in the face of an “extended downturn” and a synchronised slowdown among Australia’s major trading partners.

“History tells us that recovery from periods of high unemployment is rarely fast,” the report reads.

“This time may be different: recession has been deliberately engineered as a matter of public health, and substantial economic support is in place. But the longer the downturn goes, and the worse it gets, the less likely the labour market can spring back afterwards.”

The ABS has reported that 3 per cent of Australians who had a job in March no longer had one in early April.  And while unemployment figures released last week showed that unemployment climbed only slightly to 5.2 per cent from 5.1 per cent, Prime Minister Scott Morrison said it would be “the best figure we will see for some time”.

“Today’s unemployment rate showed only a modest change from the figures for February but as we all know those figures were largely based on the middle of March and that was in particular before you put in place the restrictions across the economy towards the back end of March," Mr Morrison told media.

3 million Aussies could be out of work

Social distancing measures have hit employment hard, but the government’s stimulus packages mean the full nature of the crisis is still unknown. 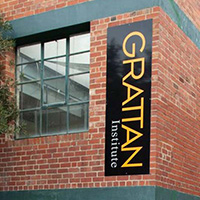