A boutique fund manager has slashed its employees’ pay after assessing its operation amid the COVID-19 pandemic, with its chief’s salary to be docked by 16 per cent.

Contango Asset Management has rolled out the changes, reducing its total employment costs on an annualised basis by approximately $450,000.

In addition to salary reductions taken by the company’s employees, the board has agreed to a 10 per cent reduction in directors’ fees.

Boss Marty Switzer will see his chief executive and managing director’s base salary, inclusive of superannuation, reduced by around 16 per cent.

The pay decreases have been implemented in an attempt to reduce the company’s cost base to counter expected lower revenues over the short to medium term.

As at 7 April, the group had $524 million in funds under management, a 19 per cent drop in just over a month from $650 million on 20 February. Global markets had seen falls of around 25 to 30 per cent during the same period.

Contango’s management will continue to focus on cost control, continuing on from the last 12 to 18 months, with a number of other ongoing cost reductions having already been identified.

The company has said the further cost cuts are being implemented immediately, with Contango anticipating a materially lower cost base for the next financial year.

“The current environment provides Contango with the opportunity to reset certain variable operating costs with the benefits of reducing the company’s cost base over the medium and longer term,” the company stated.

However, Contango has said it remains “well capitalised” with cash and receivables of $7.4 million as at 31 March.

A boutique fund manager has slashed its employees’ pay after assessing its operation amid the COVID-19 pandemic, with its chief’s salary to be docked by 16 per cent. 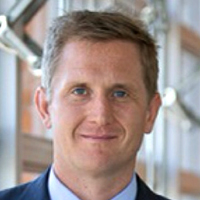