First State Super and HESTA have teamed up with infrastructure specialist Palisades Investments to acquire what they say is one of Australia’s largest operating windfarms.

Through the purchase, First State Super has gained a 33 per cent ownership stake in the windfarm named Snowtown 2, located on the Barunga and Hummocks Ranges in South Australia.

Palisade has made the investment on behalf of its investors in its Renewable Energy Fund along with its direct investment client HESTA (Health Employees Superannuation Trust Australia).

The windfarm has a 270-megawatt operational capacity, equivalent to generating enough electricity to power over 140,000 homes per year.

While First State Super has invested in a number of renewable energy projects overseas, Snowtown 2 is the fund’s first such direct investment within Australia.

“Investments such as Snowtwon 2 [are] one way we are putting our members’ retirement savings to work to deliver sustainable outcomes,” he said.

Sonya Sawtell-Rickson, chief investment officer at HESTA noted likewise, the investment aligns with her fund’s aim to driving climate action, with a focus on the UN Sustainable Development Goals.

Snowtown 2 has been operating since 2014, with the power it generates being contracted to Origin Energy under a power purchase agreement until 2035.

Macquarie Capital acted as financial adviser to the transaction.

First State Super and HESTA have teamed up with infrastructure specialist Palisades Investments to acquire what they say is one of Australia’s largest operating windfarms. 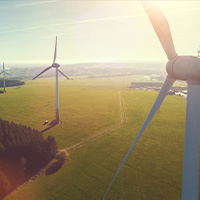