The wealth giant has lost its freshly appointed chief risk officer at a pivotal time for the company as its acquisition of ANZ’s OnePath business nears completion.

It is understood that IOOF chief risk officer Amanda Noble, who has previously worked for major banks ANZ, NAB and Westpac, left her position at IOOF last week. She had held the position since July but had been acting CRO since May.

Her departure follows that of former company secretary Paul Vine who left the company earlier this month.

IOOF has been plagued by issues since the royal commission, culminating in APRA taking against the company in December, claiming that IOOF and its directors failed to act in the best interest of their super members.

The judgement on 20 September found IOOF had not contravened its obligations under the Superannuation Industry Supervision Act 1993 (SIS Act). APRA did not appeal the Federal Court decision.

But the case caused significant delays to IOOF’s acquisition of ANZ’s OnePath’s superannuation business and the major bank’s CEO Shayne Elliott admitted last week that he did think twice about the sale.

During a parliamentary committee hearing in Canberra on Friday (15 November), Mr Elliott was asked by Labor MP Andrew Leigh if the CEO was concerned about the number of IOOF misconduct issues identified by the royal commission.

“Did you think twice about the sale?” Mr Leigh asked.

“Yes,” Mr Elliott confirmed. “The original transaction was actually announced in 2017. So that was pre the royal commission and those findings. Of course, they caused us pause. We increased the level of diligence. We asked more questions. We sought more assurance from IOOF that they were able to meet their obligations.”

While this delayed the sale process, Mr Elliott said ANZ was confident that the superannuation assets would be maintained in the best interest of members. However, he stressed that the trustees of those funds are ultimately responsible for the decision.

“Legally, the trustees have to make that determination first and then our board has a look at that, to ensure that they have followed due process and that it was a reasonable decision for them to make, and then endorse that, and that is what we have done. It is now with APRA for final approval,” he said. “We are confident it will be approved.”

Morningstar analysts are also confident the deal will go through, particularly in light of IOOF’s win against APRA in the Federal Court.

“The comprehensive win means we now think it is more likely than not that ANZ P&I funds will be transferred to IOOF,” Morningstar analyst Chanaka Gunasekera said, adding that the P&I business is the profitable part of ANZ Bank’s P&I and aligned dealer group businesses that IOOF acquired last year.

In contrast, ANZ reported that its P&I business generated a net profit after-tax (NPAT) of $48 million for the six months to 30 June.

“If successfully transferred, we expect the P&I business to contribute $91 million of after-tax earnings to IOOF in fiscal 2020,” Mr Gunasekera said.

While APRA has not ruled out appealing the Federal Court decision made last week, Morningstar believes the win for IOOF improves the chances that APRA will green light the ANZ deal.

Commenting on the Federal Court decision, APRA deputy chair Helen Rowell said the regulator has seen “significant improvement” in the level of cooperation from IOOF since the case was launched.

“Additionally, the new licence conditions have enhanced IOOF’s organisational structure and governance, including the role of independence of the trustee board within IOOF group,” she said.

“This will better support effective identification and management of future conflicts of interest.”

The wealth giant has lost its freshly appointed chief risk officer at a pivotal time for the company as its acquisition of ANZ’s OnePath business nears completion. 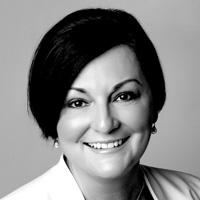