The financial services industry is losing out up to $700 billion a year by failing to meet the needs of women customers, according to new research from Oliver Wyman.

Much of this loss comes from unintentional industry blind spots.

For example, women are more likely to be uninsured and underinsured compared to men, representing a loss of $500 billion a year in potential revenue.

“Women are arguably the single largest underserved group of customers in financial services,” said Jessica Clempner, the lead author of the report.

“Despite playing increasingly influential roles as buyers of financial services, their needs are not consistently being met.”

Another area where women were underserved was wealth and asset management. Women tend to hold more of their assets in cash – rather than stocks or bonds – due in part to a lack of services designed with women in mind.

This represented a loss of up to $25 billion a year in potential revenue.

“Firms need to design and deliver services that appeal equally to both women and men, taking into account the different goals that female clients may have, such as their retirement or paying for their children’s education rather than outperforming benchmarks.”

Some of the other ways that companies can address this blindspot is by consciously assembling teams that are not just gender diverse but cognitively and behaviourally diverse as well, and personalising client engagement strategies.

“Firms are leaving money on the table by not listening to and understanding their women customers,” said Ms Clempner.

The report also noted that there had been a slight increase in the proportion of women in executive committees, from 16 per cent in 2016 to 20 per cent in 2019.

The financial services industry is losing out up to $700 billion a year by failing to meet the needs of women customers, according to new research from Oliver Wyman. 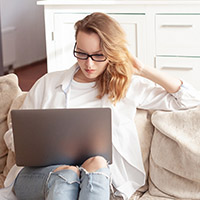