While ANZ, CBA, NAB and Westpac are all busy becoming “simpler, better banks” the reality of reducing costs while also delivering quality service in compliant way is a complex challenge.

Steven Cunico is a Deloitte partner and author of the professional services giant’s recent analysis of the major banks’ full-year results. He notes that the majors’ return on equity (ROE) has halved over the past 15 years, with net interest margins, lower growth and fee reductions squeezing ROE closer to the cost of equity.

“The majors can control their costs, and each CEO has been actively doing so,” Mr Cunico said.

“What isn’t easy however, is to do so while delivering top flight service, redesigning processes, and investing in compliance and technology. This is in addition to the culture changes that come with implementing APRA’s Banking Executive Accountability Regime (BEAR) which were effective from 1 July 2019.”

The Deloitte report called out the competitive nature of the sector by asking which bank will cross the “perception” finish line first? A big challenge it identified in Australia’s domestic environment is that of non-financial risks. This is where broader societal and community expectations are demanding significant leadership attention and resources, and organisational culture, fairness and trust have become part of the national conversation.

“These community changes are the focus of the changing competitive dynamics, where foreign banks, non-traditional players, and the regulators identify where customers are having difficulties, and to the customer’s benefit they are finding new ways of easing the pain and shifting the control back to the customer,” Mr Cunico said. “Open banking where the customer will own his or her own data by February 2020 is a case in point.”

The big four banks have been hit by significant remediation costs following the Hayne royal commission. However, the Deloitte report notes that even if you strip out the $6.8 billion of remediation costs since 2017, the overall result is still down.

Mr Cunico said the effects of the last three rate cuts are yet to make their way through to the bank’s NIM due to hedging. The banks believe it will impact NIM in future years by around three to five basis points.

“In terms of home lending, ANZ’s gross home lending picked up in Q4, and Westpac is also optimistic on its lending volumes despite the margin squeeze,” the Deloitte partner said.

“With all the resources pouring over past control and conduct issues, some 1,000 people at Westpac, and similar numbers at NAB, by the time the 2020 results come about in 12 months’ time, the past issues should be well understood. And hopefully there won’t be too many more unknowns; although it will take longer than 12 months to fix the historic issues.”

While ANZ, CBA, NAB and Westpac are all busy becoming “simpler, better banks” the reality of reducing costs while also delivering quality service in compliant way is a complex challenge. 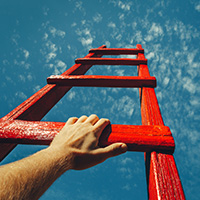