Why did Latitude’s IPO fail?

It was poised to be one of the biggest public offerings of the year, but for a second time Latitude Financial failed to list on the ASX this week.

While local investors were strongly in support of its initial public offering, you have to ask if institutions got it wrong.

“There is an old saying that everything is for sale at a price,” Wealth Within chief analyst Dale Gillham said. “However, while I believed the asking price for Latitude’s IPO was a little high, as stated in my report last week, it seems the broader market also agreed.”

Latitude dropped the asking price not long before it pulled the plug on the IPO altogether, as it was not supported by overseas institutions who incorrectly considered it a bank. Mr Gillham believes foreign investors wrongly categorised Latitude as a bank. Which is a big problem among Aussie financials at the moment.

Overseas investors have clearly been spooked by the royal commission and its lasting impact on the regulatory environment. Court cases, class action lawsuits and huge remediation bills tend to scare away institutional investors concerned with protecting their capital. Particularly investors that don’t have a firm grasp of what is happening in Australian financial services.

It’s hard enough for the experts on the ground to grapple with the shifting sands, let alone an institutional investor in the US, the UK or Asia trying to decode and quantify the risks of the Hayne fallout.

As a result, offshore investors are starting to give Australian financials a wide berth. Professional indemnity insurers in London are worried. So much so that they are turning down financial planning groups and significantly raising PI premiums for their long-term institutional clients.

But Mr Gillham insists that Latitude is profitable and believes that while it is more of “old school financing” than fintech extraordinaire, it has a long history of trading and if it had floated it would have had a market capitalisation similar to Afterpay.

“While Latitude may not have reached the dizzying growth of Afterpay and Zip Pay, if it had floated it would have been a success for all investors,” the analyst said.

“While we will never know, I suspect the reason why institutional investors avoided this float might be something other than what we are being led to believe. In my opinion, institutions were more concerned about having another short-term loan company listing on the exchange and how this might dilute demand for Afterpay and Zip Pay.”

Having another company in this space would also most likely trigger a rebalance of portfolios, particularly given that Sezzle (SZL), a US buy now, pay later company, only listed on the Australian exchange in late July.

“Since listing almost 60 days ago on 30 July, Sezzle has really only traded sideways, and as of writing, it is slightly down on its initial opening price of $2.50,” Mr Gillham said.

“Maybe Latitude’s failure to launch was bad timing, wrong pricing, or something else we can only speculate about. What I would hope is that Latitude does attempt to relist, as it may just be third time lucky.”

Why did Latitude’s IPO fail? 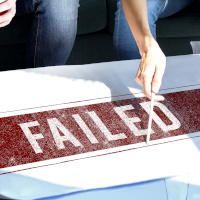