Australian banks are having their toughest time attracting investors, according to new analysis from Copley Fund Research, which monitors flows in funds with $1.2 trillion under management.

Copley CEO Steven Holden said “an exodus by fund managers” has left 91 per cent of the 430 funds in Copley’s global analysis with zero exposure to the sector.

“That’s the lowest take-up on record. On average, allocations to the industry are equivalent to just 0.05 per cent of global funds,” Mr Holden said.

“Regulatory concerns, faltering housing markets and a low interest rate environment have prompted global investors to all but throw in the towel on their Australian bank investments. Opportunities elsewhere in the Asia-Pacific region are proving more attractive, such as Singapore and India.”

Australia’s major banks continue to be hit with additional remediation charges stemming from the Hayne royal commission. NAB announced $1.2 billion in additional charges will hit its bottom line in the second half. In combination with provisions raised in 2H18 and 1H19 which have not yet been utilised, NAB’s total reserve for customer remediation at 30 September was at $2.09 billion.

ANZ has become the latest major bank to announce additional remediation charges, taking a $559 million hit to cash profits in the second half.

In a research note published this week, Morningstar analyst Nathan Zaia suggested there were bigger issues at play for ANZ.

“While remediation charges are disappointing and represent real destruction of shareholder capital, investors should be more focused on the banks’ ability to stop the recent decline in mortgage growth,” he said.

APRA data shows ANZ’ home loan balances declined 0.4 per cent and 0.2 per cent respectively in July and August, lagging system growth of 0.2 per cent per month.

Meanwhile, global fund managers have been pressuring the major banks and other Aussie corporates on executive pay and non-financial risks, two issues that have been thrown into the spotlight in recent months.

In its 2019 Annual Stewardship Report, NAB’s largest institutional shareholder Vanguard said it warned the bank’s former CEO and chairman as early as 2017 about a raft of problems within the organisation that eventually led to their resignation.

“We discussed remuneration changes that the company was considering and further explained that we’d voted against its plan because we felt it overemphasised short-term performance,” the report noted.

Last week Morgan Stanley told investors that it has a negative stance on the major banks given a challenging operating outlook, an uncertain regulatory environment, the growing threat of disruption, and stretched trading multiples.

“While tail risk in relation to the economy, the mortgage market, and the regulatory environment has decreased, we believe the combination of modest loan growth, the impact of lower rates, a multi-year reinvestment burden and changes to capital management prospects is likely to see the banks remain in an EPS and ROE downgrade cycle,” analysts at the investment bank said. 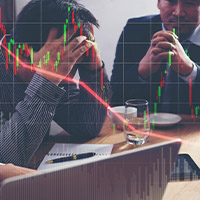