Investors are unjustifiably optimistic in the face of low growth and interest rates, according to a report from Schroders.

The Global Investor Study found that around one in six investors expected at least a 20 per cent annual return despite major stock markets, including the S&P 500 and FTSE 100, experiencing net falls in the year prior.

According to the report, these high expectations may explain why more than half of investors stated that they had not achieved what they wanted with their investments over the previous five years.

“It is clear that investors still have high return expectations that are not in line with the reality of investment markets,” said Graeme Mather, head of distribution for Schroders Australia.

“It is also clear that more education is needed to ensure investors don’t change asset allocations, and chase market movements, at precisely the time they should not.”

Investors also had high expectations for income from investment, with an average expected income of 10.7 per cent. Millennials had higher expectations – 12.9 per cent – while Generation X and baby boomers had expectations of 10.8 per cent  and 9.2 per cent respectively.

The study, which surveyed 25,000 investors, found that current investment attitudes and expectations may have been forged in the recovery from the GFC, with the strong returns of the post-crash decade making investors complacent in the face of low inflation and poor productivity rates.

The study also found that 70 per cent of investors made immediate changes to the risk profile of their investments in the final three months of 2018 following increased market volatility, with 37 per cent moving some of their portfolio into lower risk options and 36 per cent moving to higher-risk options.

The study also found that people were more likely to invest in their home country (31 per cent) and scorn emerging markets as too risky (24 per cent).

Investors are unjustifiably optimistic in the face of low growth and interest rates, according to a report from Schroders. 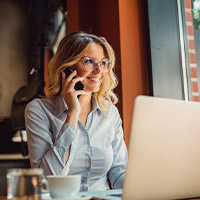