The Reserve Bank of Australia has announced where the cash rate will stand for October following its monthly board meeting.

The RBA has announced its third rate cut for the year, slashing an already historically low interest rate.

Despite cutting rates to 1.25 per cent in June, the RBA still considers further economic stimulus is required, having then moved the official cash rate to 1.00 per cent in July and again today, to 0.75 per cent today.

In the lead up to today’s decision, comparison site Finder had surveyed 45 of the nation’s leading economists and commentators with one in three expecting rates to fall to 0.50 per cent by mid next year.

Five economists expect the rate to go all the way to 0.25 per cent with one predicting rates fall to 0 per cent.

“National Accounts data released after the September monetary policy meeting revealed that the economy grew below what the RBA had forecast a month earlier,” Mitchell said.

Insights manager at Finder, Graham Cooke stipulates borrowers will win at the expense of savers.

“If the cash rate drops to 0.75 per cent, and your lender were to pass on the cut in full, an average mortgage holder could save $19,000 over 30-years on their mortgage,” Mr Cooke stated before today’s announcement.

The Reserve Bank of Australia has announced where the cash rate will stand for October following its monthly board meeting. 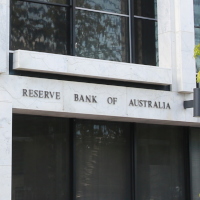