IFM Investors has set emissions reduction targets across its major assets, such as Ausgrid, Melbourne Airport, Brisbane Airport and NSW Ports, through to 2030.

The latest data from the Clean Energy Regulator showed that infrastructure-related emissions account for more than half of Australia’s total carbon output, with power stations alone accounting for 50.3 per cent of emissions.

IFM said its targets will see emissions cut by more than 200,000 tonnes carbon dioxide equivalent annually by 2030, which the asset manager reported is equivalent to removing almost 70,000 cars from the road.

The investor also indicated it is planning to use the experience for its Australian infrastructure assets as a prototype for its global portfolio.

IFM co-owns the assets on behalf of around 7 million members of industry superannuation funds.

Michael Hanna, head of Australian infrastructure at IFM, commented: “This exciting initiative represents a genuine commitment and start to aligning our assets to the Paris Agreement, and it makes perfect business sense by reducing costs, mitigating future business risks, and contributing to outcomes that our customers value.”

Ian Learmonth, chief executive of CEFC, said the infrastructure assets will operate for generations, with the targeted emissions reductions having the potential to make a material impact for the country’s carbon footprint.

“This comprehensive program of activity sets an important example for other major infrastructure owners and managers in Australia,” Mr Learmonth said.

“Cutting carbon emissions can deliver a long-term dividend to the environment and, in most cases, an improved financial performance.”

Mr Hanna said IFM was pleased to be taking an active role as a major infrastructure investor to work with CEFC.

Other assets listed under the scheme include the Port of Brisbane, Southern Cross Station in Melbourne, and airports in the Northern Territory (Darwin and others).

IFM Investors has set emissions reduction targets across its major assets, such as Ausgrid, Melbourne Airport, Brisbane Airport and NSW Ports, through to 2030. 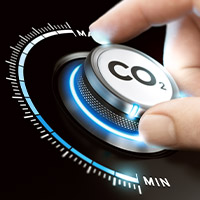