Over $8 trillion in wealth to change hands

New data from GlobalData has found that US$8.6 trillion of high-net wealth will change hands over the next decade, opening the doors for significant churn in the industry.

The latest report from GlobalData has found the reason for this churn is due to the above-average age of high-net-wealth individuals as 38 per cent are above the age of 60.

This is compared to less than 14 per cent of the global population and will mean 19.8 per cent of global high-net wealth will change hands over the next decade, equating to $8.6 trillion.

This is potentially a concern for wealth managers as 28.6 per cent of HNW clients’ children discontinue the relationship with their parents’ wealth manager upon inheriting.

GlobalData predicts $2.4 trillion of HNW wealth will move from one competitor to another as the younger generations look for a provider better suited for their needs.

“This means intergenerational wealth transfer in the HNW space will be a big source of new business over the coming years,” said Heike van den Hoevel, senior wealth analyst for GlobalData.

Many wealth managers were viewing the transfer as an opportunity but there were two parts to the equation said Mr van den Hoevel.

“A larger proportion of wealth managers regard intergenerational wealth transfer as an opportunity, as opposed to a threat, showing either overconfidence or an overinflated sense of security,” he said.

“There are two parts to the equation: building loyalty among the next generation of HNW investors to avoid churn in the first place, and targeting those looking for a new provider after inheriting.”

Building ties with the next generation of HNW investors early is paramount to ensuring continuation of the relationship and minimise the risk of an inheritance switch.

However, wealth managers reaching out to the younger generation needed to be aware of the different service requirements, particularly around digital, socially responsible investing and social media.

“Ultimately providers need to find the balance between effectively serving their existing client base and developing an image that resonates with a younger clientele,” said Mr van den Hoevel.

Over $8 trillion in wealth to change hands

New data from GlobalData has found that US$8.6 trillion of high-net wealth will change hands over the next decade, opening the doors for significant churn in the industry. 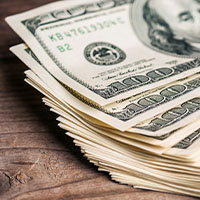