The gap in average wealth of Australian men and women is narrowing, according to new research by Roy Morgan.

The Roy Morgan Wealth Report July 2019 found the average net wealth (personal assets minus debt) per capita of females in Australia was $400,000 in the 12 months leading up to March. The female average is 89 per cent of the average for men, which is $449,000.

Both genders were shown to have increased capita net wealth over the last 12 years, but the average woman experienced a 69 per cent increase, while men had an uptick of 52 per cent.

Michele Levine, chief executive of Roy Morgan said while the public has focused on income and superannuation inequality, the new research is a more holistic view of each gender’s average financial position.

“Net wealth has been used here as a more relevant single measure of economic circumstances incorporating all assets, including superannuation and subtracting debt,” Ms Levine said.

“A major contributing factor toward the closing of the wealth gap for females appears to be their increased participation in the workforce which has gone from 56.4 per cent in 2007 to 61.9 per cent in 2019.

“Also, the value of owner-occupied homes in a rapidly rising market, when jointly owned, is a contributing factor to closing the gender gap, as both sexes are gaining equally from what is generally the household’s biggest asset.”

The gap in average wealth of Australian men and women is narrowing, according to new research by Roy Morgan. 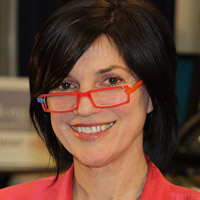