A new report by ASIC has ruled Australian equity markets are operating with a high degree of integrity, but the regulator is planning to tighten its monitoring and surveillance of trading.

Report 623, Review of Australian equity market cleanliness: 1 November 2015 to 31 October 2018 examined market cleanliness for the period, with a focus on insider trading and information leaks ahead of material market announcements.

In a clean market, prices react immediately after new information is released through the proper channels. Abnormal price movements and unusual trading patterns can indicate an “unclean market.”

The overall cleanliness of the market fluctuated between 2015 and 2018, ASIC reported. Despite a deterioration in 2016, market cleanliness improved in 2017 and 2018 to settle around 2015 levels.

During the three years, the regulator found that on average 0.6 per cent of accounts that traded before material price-sensitive were suspicious.

While the percentage of suspicious trading accounts remained stable, the review found the volume traded by each of the accounts increased. Suspicious accounts were reported to trade on average 5.1 per cent of the volume before each announcement.

Smaller companies, many of which were in the materials sector were also more likely to make unclean announcements. ASIC commissioner Cathie Armour said controls for a number of small cap companies are lacking and need to be tightened.

Going forward, ASIC is intending to use historical trading behaviour before material announcements to enhance its market supervision work, as well as increasing monitoring around trading ahead of mergers and acquisitions, brokers with high levels of unusual order flow and clients that repeatedly exhibit unusual trading behaviour.

“Markets cannot operate with a high degree of integrity if people trade with inside information,” Ms Armour said.

“We expect all parties involved in mergers and acquisitions to put in place meaningful confidentiality controls at the start of a transaction – and make sure the controls are rigorously followed.”

The report is an extension of a prior review which deemed there was an overall improvement in market cleanliness over the 10 years to October 2015. It complements research released last year by Intralinks and Cass Business School, which found Australia was the cleanest market over the last decade among a sample of major markets.

A new report by ASIC has ruled Australian equity markets are operating with a high degree of integrity, but the regulator is planning to tighten its monitoring and surveillance of trading. 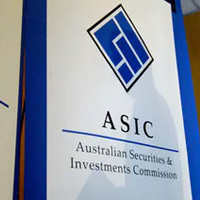