Mayfair 101 has launched Mayfair Platinum, the group's first time opening up opportunities to its base to access additional investment opportunities across a diversified portfolio.

The expansion of the group suite comes off the back of sustained growth of IPO wealth which has raised over $115 million in two years.

“Given the low interest environment in Australia, investors are struggling to generate a return on idle cash. The scope of Mayfair Platinum in essence will open up a suite of investment options with a strong focus on income-generating products,” he said.

Mr Mawhinney told Investor Daily that for the next decade rate would be low which opens up opportunities to non-bank alternatives.

“What this low rate has done is created opportunities for organisations to basically help fill the void between oversupply of money and undersupply of investment and that void is by virtue of the size and therefore limitations that banks have,” Mr Mawhinney said.

“The more nimble organisations are creating channels between low interest money and the businesses that require access to the capital and that’s where the opportunity is,” he said.

Mr Mawhinney said that Mayfair Platinum would open up in a world typically dominated by family offices, investment banks and the ultra-wealthy.

“Mayfair Platinum customers will have the opportunity to gain exposure to investment opportunities in which Mayfair 101 already has significant skin in the game.

“This means that they can be assured that their investment is professionally managed by our international team; generating solid, sustainable returns is a priority for us as much as our investors,” he said.

Mr Mawhinney told Investor Daily that he believed in non-bank alternatives and believed in investments that made a social change.

“There are so many opportunities out there, so many good opportunities, if one of your decision criteria is whether or not there is a social impact element then human nature would suggest you tend toward that style of investments,” he said.

Social impact can impact a lot of people said Mr Mawhinney which was not only socially good but also good to business growth.

“A consistent theme across our investments is that typically we aim to make investments that will impact the lives of tens of thousands if not more people,” he said. 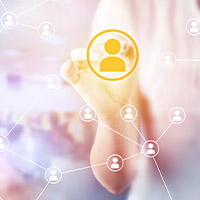