The Tax Institute has released a comparison of the major Coalition versus Labor tax proposals right before the election on Saturday.

The budget has been a big talking point throughout the election with various pledges and promises made by both major parties.

Both parties have promised a return to surplus by next year, with Labor costings forecasting a surplus of $23 billion by 2022-23 while the Coalitions forecast is $9.2 billion by the same time.

The Tax Institute has broken down the promises and has shown a $100 difference to low- and middle-income earners tax offset.

Beyond the tax offset the individual tax rates get confusing as the Coalition has budgeted three stages for tax rates starting from 2019 and going through to 2024.

However, Labor has proposed a top marginal rate increase of 47 per cent for workers above 4180,000.

In superannuation, the Liberals have made no changes to their policies including the continued $250,000 threshold for 30 per cent contribution tax and no changes to the super guarantee or tax deductions.

Labor meanwhile has proposed a decreased threshold to $200,000 for the contribution tax to apply as well as a phase out of the minimum income threshold for super.

Labor has also proposed a lower non-concessional contributions cap and a removal of cash refunds of franking credits and tax deductions for personal super contributions by employees.

Controversially, The Tax Institute has included Labors policies to cap accountant costs deductions, franking credit changes and changes to negative gearing arrangements despite these not being additional taxes on individuals.

The Tax Institute has released a comparison of the major Coalition versus Labor tax proposals right before the election on Saturday. 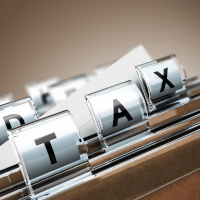