Around 33 per cent of wealth management clients have switched providers in the last three years, and another third plan to change in the next three years, according to the EY 2019 Global Wealth Research report.

Wealth management clients are maintaining relationships with an average of five different types of providers, which EY believes is due to no sole manager being able to solve respondents’ varied needs.

Nearly half of clients (46 per cent) were found to be unhappy with the fees that they pay and do not trust they are being charged fairly, with dissatisfaction particularly high among ultra-high net worth clients (66 per cent).

Most respondents at 55 per cent, want their wealth managers to use a payment method that offers more transparency, objectivity and certainty. Percentage of AUM is currently the most common payment means, however fixed fee and hourly support methods were found to be the most desired.

“The answer is not simply lowering fees, but rather a combination of increasing transparency and predictability when it comes to pricing models and equipping advisors with ways to communicate value beyond investment returns.”

According to the study, the percentage of respondents expecting to use fintechs will increase from the current 38 per cent to 45 per cent in the next three years.

The number of clients saying they prefer to use mobile apps as their primary channel for wealth management has doubled from three years ago, from 20 per cent in 2019 to 41 per cent in 2019.

When it comes to emerging technology, 1.4 per cent of respondents were found to prefer digital and voice-enabled assistants as a primary channel, but 9 per cent said they would prefer that means in the future.

“This may mean reallocating budgets from websites to voice-enabled sooner rather than later, and capitalizing on hybrid models, where clients have access to both digital tools and human interaction.”

More than 80 per cent of clients worldwide expressed interest in advice and planning services, but less than 40 per cent currently use them.

The use of independent advisers is also expected to rise by 18 per cent during the next three years. EY thinks this is due to flexibility in solutions and fees being attractive to clients.

Additionally, only 28 per cent of respondents were found to discuss saving with their wealth manager.

Around 33 per cent of wealth management clients have switched providers in the last three years, and another third plan to change in the next three years, according to the EY 2019 Global Wealth Research report. 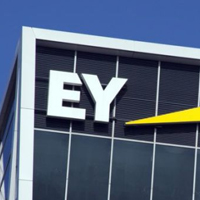