The Finance Sector Union of Australia has lodged a dispute with the commission over alleged job cuts that have been proposed by Commonwealth Bank.

Media reports started circulating last week that the Commonwealth Bank planned to cut staff numbers by more than 10,000 despite the bank insisting that such reports were inaccurate.

FSU national secretary Julia Angrisano said that the union did not accept the CBA claims and had a right to be consulted about the changes.

“We don’t accept the CBA’s claims that there are no plans to cut staff number by more than 10,000. The CBA has not denied media reports that there is a secret plan being developed to reduce staff numbers at the CBA by 20 per cent,” Ms Angrisano said.

“While the CBA’s letter to the Union said clearly it believed media reports it intended closing 300 branches were ‘incorrect,’ the bank described reports of massive job cuts as ‘misleading and unnecessarily alarming’.”

Ms Angrisano said that there were no denials of the reports that jobs would be cut with CBA, instead referring to achieving efficiencies and good business.

Investor Daily has seen the statement released by CBA in response to the media reports which did not deny any job loss claims but did reaffirm a commitment to branches.

“With respect to our branch network, the suggestion that ‘300 of the bank’s network of branches is under consideration’ is incorrect and misleading. We remain committed to our decision to limit our review of branches in regional and rural towns during this financial year, given the conditions currently experienced by rural NSW and Queensland.

“We have also told the FSU that we will continue to consult with the union regarding changes that have implications for our employees and will be open and transparent as soon as any decisions have been made,” a CBA spokesperson said.

FSU sent a message to its staff asking them to sign a petition which called on CBA to urgently meet with the union to address the plan to cut jobs and close branches among other things.

“It is inconceivable that such changes won’t impact you in some way – be it job losses, the need to be retrained, or the loss of job or promotion opportunities. Change impacts employees in many ways,” said the FSU message.

A CBA spokesperson told Investor Daily that it acknowledged the proceedings and said it would continue to be transparent in any employee decisions.

“We acknowledge the Fair Work Commission proceedings. The speculation around large scale reductions to our workforce is misleading and unnecessarily alarming.

“We will continue to consult with the FSU regarding any major changes that have implications for our employees and will be open and transparent as soon as any decisions have been made,” said CBA.

The Finance Sector Union of Australia has lodged a dispute with the commission over alleged job cuts that have been proposed by Commonwealth Bank. 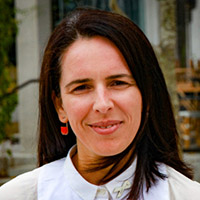