Property investors will be weighing up their options as prices continue to slide in the nation’s largest capital cities.

Last week the Reserve Bank of Australia published a research paper titled ‘A Model of the Australian Housing Market’, which suggests that most of the boom in Australian house prices since 2011 was due to lower interest rates.

AMP Capital chief economist Shane Oliver said that while he I totally agrees lower rates played a big role in the surge, the only problem is that Australian house price to income ratios ended up in 2017 being way above those in comparable countries who have even lower interest rates.

“So despite the model – which is not fool-proof – it seems clear to me that other factors have actually played a bigger role. These include the initially slow supply response, foreign buying, SMSF buying and aspects of the tax system all of which helped drive speculative buying ultimately culminating in a bubble in some cities,” he said.

Critically, the RBA paper highlights the risk that if home owners adjust their 10-year expected real house price gain from say 2.5 per cent per annum to zero, real house prices could fall by a third.

“Of course, rate cuts and other measures can help offset this, but the sensitivity analysis highlights the risk of FONGO (fear of not getting out) taking hold,” Mr Oliver said.

“Net rental yields of just 1 or 2 per cent may be okay for investors when property prices are expected to rise at a decent rate, but they are not okay if investors revise down their capital growth expectations in response to now falling prices. If this occurs yields will need to adjust upwards via prices falling even further.”

The latest vacancy rates show the true divergence in the Australian property market, which are pushing higher in Sydney and plunging in Perth. This explains why rents are falling in Sydney and starting to rise in Perth, all of which is consistent with further falls in Sydney property prices but a slowly improving outlook for Perth property prices after their plunge since 2014, Mr Oliver said.

Property investors will be weighing up their options as prices continue to slide in the nation’s largest capital cities. 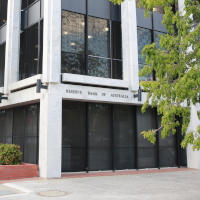