The research from the Institute for Energy Economics and Financial Analysis has found that global capital is leaving the coal sector at fast pace.

Since 2013, coal exit announcements have occurred at a rate of over one per month form banks and insurers holding more than US$10 billion worth of assets under management.

Since the start of 2018, there have been 34 new or improved announcements from global institutions restricting coal, making an average of one new announcement every two weeks.

The first restriction came from The World Bank in 2013 with the 100th coming from the European Bank of Reconstruction and Development.

Since the beginning of 2019, moves have come from banks in the UK, Canada, Finland, South Africa and Austria.

“The strong leadership of a few globally significant institutions five years ago is increasingly turning into capital flight by the many, with one new announcement every two weeks in recent years,” he said.

Mr Buckley said investors were looking ahead to more progressive industries and were removing themselves from harmful industries.

“With investors understandably focused on cheaper, sustainable, domestic renewables – which are clearly becoming the backbone technology of choice for energy systems going forward – an emerging theme is coal companies’ inability to access capital markets for expansions, mergers or acquisitions.”

Mr Buckley said this was a worldwide trend and companies were improving the strength of their policies all the time.

“While initial measures vary in effectiveness, we found that the trend is for financial institutions to ratchet up the strength of policies once they are in place. 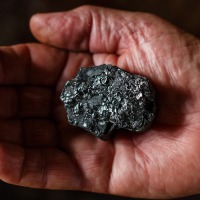