NAB moves away from short-term remuneration

NAB has listened to shareholder feedback and has revealed that from 2018 onwards it will make a move away from short-term remuneration.

In a release to the ASX, NAB announced that from 2018 onwards, 60 per cent of variable reward for executives will be deferred in dividend eligible shares for a minimum of four years.

NAB said that the move was to drive sustainable long-term performance and align executive and shareholder experience.

Executives will still have annual objectives which will be disclosed in NAB’s annual results and will include the achievement of positive customer NPS, reduced cost to income rate, improved ROE relative to peers, employee engagement and transformation outcomes.

The board will monitor performance throughout the deferral period and prior to any vesting will ensure that performance is maintained and that there is no new information that would alter the decision to award a deferred variable reward.

If a significant risk or conduct matter comes to light, the board would consider forfeiting some or all deferred variable reward immediately, rather than waiting until a vesting milestone.

In addition to the vesting of awards, the board will conduct individual and company reviews to ensure performance is sustained in the long term.

NAB has said it will disclose in the remuneration report the matters taken into consideration in determining the granting of deferred awards and the basis of which any deferred awards may have been forfeited, reduced or deferred further.

The move away from short-term remuneration follows growing calls from industry bodies who have criticised current remuneration systems.

APIR Group chief executive said that a switch in mentality around remuneration was needed to rebuild trust and already institutions like Commonwealth Bank and Bank of Queensland have revealed remuneration changes.

NAB moves away from short-term remuneration

NAB has listened to shareholder feedback and has revealed that from 2018 onwards it will make a move away from short-term remuneration. 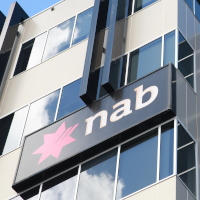