IOOF chairman and CEO step down

The board of IOOF Holdings has today announced that IOOF managing director, Christopher Kelaher and chairman, George Venardos, have agreed to step aside from their respective positions effective immediately, pending resolution of proceedings brought by the Australian Prudential Regulation Authority and announced last Friday, 7 December.

Mr Renato Mota, currently group general manager - wealth management, has been appointed acting chief executive officer and Mr Allan Griffiths, a current non-executive director of IFL, is acting chairman. Both Mr Kelaher and Mr Venardos will be on leave while they focus on defending the actions brought against them by APRA.

Chief financial officer David Coulter, company secretary Paul Vine and general counsel Gary Riordan will remain in their positions, however will have no responsibilities in relation to the management of the IOOF trustee companies and will have no engagement at all with APRA during this period, including in relation to the matters the subject of APRA’s announcement of Friday, 7 December.

“We maintain our position that the allegations made by APRA are misconceived, and will be vigorously defended. The board believes that, in the interests of good governance, it is appropriate that Chris and George step aside from their positions. The board will also commence a search for an additional non-executive director,” acting chairman, Allan Griffiths said

“We acknowledge the seriousness of these allegations. We have a responsibility to our superannuation members, shareholders, advisers, employees and the wider community, to take decisive action.

“We are entirely focused on addressing the governance issues in the interests of all stakeholders and will do so in an orderly manner.

“I will personally lead our review of the situation and, alongside acting CEO Renato Mota, will work cooperatively with APRA to continue to implement previously agreed initiatives. Many of these actions are already complete.”

“These results have been delivered by our unwavering commitment to our clients, driven by our talented people and a recognition of the importance of advice. We remain committed to the ANZ transaction and we are working cooperatively with ANZ as they consider their position,” Mr Griffiths said.

The prudential regulator is seeking to impose additional licence conditions and issue directions to APRA-regulated entities in the IOOF group.

The proceedings in the Federal Court seek to disqualify five individuals that were responsible persons at IOOF Investment Management Limited (IIML) and Questor Financial Services.

The proceedings are also seeking a court declaration that IIML and Questor breached the SIS Act.

The announcement drove ANZ to rethink the sale of its wealth business to IOOF. ANZ released an update on its sale following APRA’s move to disqualify IOOF individuals and its move to apply licence restrictions on the group.

“Given the significance of APRA’s action, we will assess the various options available to us while we seek urgent information from both IOOF and APRA.

“The work to separate Pensions and Investments from our Life Insurance business continues. There is a framework available to complete the Zurich transaction that does not involve IOOF,” he said.

IOOF chairman and CEO step down 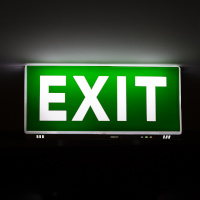