Investors should plan for Labor government

If the recent Newspolls are anything to go off then Labor will form the new government and it is time for investors to plan for that says one director.

Daintree Capital director Justin Tyler said the recent newspolls suggested the Labor would be the next party to form government and it was now the job of investors to be prepared.

“It’s probably going to be a Labor election victory next year on a federal level. Our job now as investors is to prepare for potential change in power and the different policies to deal with,” he said.

Mr Tyler said one of the most impactful policies Labor was considering was the reduction of franking credits.

The franking credit regime is so entrenched in the system that many people rely on the credits, but Mr Tyler said it was not as severe as some outlets suggests.

“The policy that has been announced is not going to remove franking credits. It’s not that severe. I guess a risk factor that we’re looking at is if the market reacts as if that is the case,” he said.

However, Mr Tyler said some of the corrections Labor was hoping to achieve with its policies, including negative gearing, were already taking place.

“The housing correction that we are experiencing is long overdue and necessary. You’re now talking about introducing a policy that is likely to decimate that to some extent,” he said.

Mr Tyler did say though that he welcomed Labor changes but there was an issue on when they could be implemented.

“I actually think that the idea of changing the policies is a good idea but how it impacts on the people who have already made financial plans as a result of them that’s one issue,” he said.

Mr Tyler said investors needed to remember to not look at things in isolation and to be mindful of all the different events and how they reacted to each other.

“A potential Labor victory is one thing but when you add it to the interest rate sensitivity, stocks and global macro that’s an alarm. We just think you need to be mindful about your investments,” he said.

Investors should plan for Labor government

If the recent Newspolls are anything to go off then Labor will form the new government and it is time for investors to plan for that says one director. 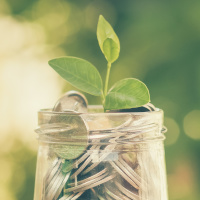