The Commonwealth Bank has brought on Jason Yetton as the chief executive of its demerged wealth management and mortgage broking businesses, with Andrew Morgan to be appointed the chief financial officer of the new entity.

Mr Yetton will join after two years as chief executive and managing director of SocietyOne. Prior to that, he spent more than 20 years at Westpac and BT Financial Group, including as group executive of Westpac’s retail and business banking business, CBA said in a statement.

His appointment is also subject to regulatory approvals, including any applicable APRA registration requirements, CBA said.

“The appointments bring an important mix of external and internal experience, as well as a deep understanding of wealth management and financial services, to lead the new entity,” Mr Comyn said.

“Jason is an accomplished leader, with deep wealth management and broad financial services experience. He is well positioned to lead NewCo and will be strongly supported by Andrew.”

CBA said the demerger is subject to shareholder and regulatory approvals under a scheme of arrangement and, if approved, is expected to be completed in late calendar year 2019.

“I thank John Mulcahy and the other candidate directors for their contributions during this time. Under John’s leadership, they have played an important role in achieving the successful sale outcome for CFSGAM,” Mr Comyn said.

“A new board for NewCo will be established in advance of the proposed demerger.” 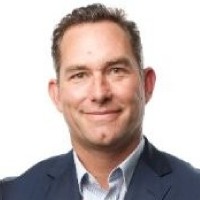