‘We should have implemented FOFA’: CBA

The head of a major bank has admitted that the group did not take measures to remove conflicts of interest within its financial advice business.

Earlier this month, the Commonwealth Bank announced that it has spent $850 million on a combination of customer remediation, administering that remediation and investing in its advice business.

“If I take a step back from that, I think that we should have implemented FOFA in full,” CBA chief executive Matt Comyn told a parliamentary committee on Thursday, 11 October.

“I don’t think we went far enough in terms of removing things like conflicted remuneration. When we consider how that occurred, I think at times we focused on things like adviser viability, because the structural reform of any business, including the financial advice industry, is a complex one.

“Whilst there were a number of changes that occurred, with the benefit of where we’re sitting now, there are other things that we would have done differently as well.”

Commenting on the royal commission, Mr Comyn accepted that Commissioner Hayne “quite rightly” criticised CBA for failures of its systems and processes to ensure that it could demonstrate that every single one of its customers was only being charged for the services or products that they were being provided.

“Getting it right most of the time just simply isn’t good enough,” the CBA boss said.

“There certainly are instances of system failure on both sides, unfortunately. Systems are a critical element of a banking system and, as I said earlier, we need to ensure that there is complete accuracy and controls in place to ensure that customers, particularly, are not being overcharged or charged for fees and services that they did not provide.

“There is no escaping that, in the context of things like fees for service in the advice business, there simply wasn’t the requisite level of controls and systems and processes to ensure that we could demonstrate that customers were only charged for the services that they actually provided.”

Days before his appearance before the committee, CBA announced on the ASX its plans to improve outcomes for wealth management customers by rebating grandfathered commissioners for CFP customers.

This rebate will benefit around 50,000 customer accounts by approximately $20 million annually.

The bank has also announced plans to review any advice fees charged to deceased estates across all its advice licensees and refunding with interest any instances where unauthorised fees have been charged.

The new initiatives are the latest changes the bank has made after spending $580 million over the past six years to improve its advice business.

Commonwealth Bank has also spent approximately $270 million in compensation to customers who were provided with poor quality advice or charged fees for no service.

‘We should have implemented FOFA’: CBA

The head of a major bank has admitted that the group did not take measures to remove conflicts of interest within its financial advice business. 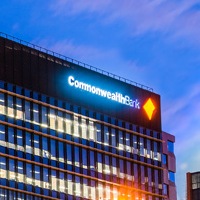