The royal commission interim report was released last week, and the Australian Banking Association said that it marked a day of shame for Australia’s banks.

ABA’s chief executive Anna Bligh thanked Justice Hayne and his team for their rigour in producing the report and said it was clear that banks had failed.

“Australians have every right to expect the world's best banks. it is clear today that as an industry we have failed to deliver that. Make no mistake today is a day of shame for Australia’s banks,” she said.

Ms Bligh said that the banks took full responsibility for their actions and would work with the commission to fix the problems.

“There is much more work to be done in every bank but every bank is determined to find the problems, to fix them and pay back every penny,” she said.

In the interim report released by the commission, much of the blame for the bank’s behaviour was placed on greed and monetary benefits.

“He [Hayne] certainly hasn’t shied away from acknowledging that the very human factor of greed may well have played a part,” Ms Bligh said.

Ms Bligh said that there was no place for greed in banks and that they all had to work together to create an ethical system.

“I think it's critical that banks come together as a whole industry and also consider how to lift standards right across the industry; not only in their own bank, but working to lift standards, and to standardised behaviour where that is possible,” she said.

Ms Bligh praised the banks for their strength and stability in Australia but said there was now trust to rebuild with the Australian people.

The ABA would continue to work with banks to rebuild that trust and look at the commission to find areas that need improvement.

“The commission has asked literally hundreds of policy questions in this report. We will go through it in detail. Where there are lessons to be learned, we will learn them. Where there are tasks to be done, we will undertake them,” she said.

The seventh round of the royal commission public hearings will start in Sydney on 19 November with submissions in response to the interim report due on 26 October.

The royal commission interim report was released last week, and the Australian Banking Association said that it marked a day of shame for Australia’s banks. 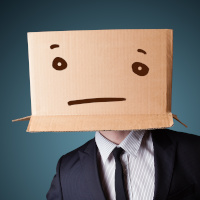