AMP Capital has completed its divestment of $440 million worth of tobacco manufacturing-related holdings from its portfolio.

The divestment of tobacco securities by AMP is the largest by a fund manager in Australia and is part of a new ethical framework introduced by AMP Capital last year.

In addition to the divestment, AMP Capital has become a founding signatory of the Tobacco-Free Finance Pledge launched at the United Nations in New York.

The pledge marks a global movement that promotes the adoption of tobacco-free finance policies within the financial industry.

AMP Capital chief executive Adam Tindall said that AMP Capital was proud to have worked with UN agencies and peers to develop the pledge.

“As a global investment manager, we firmly believe in responsible investment and company engagement to drive meaningful change; however, in the case of tobacco no level of engagement can resolve the inherent dangers involved with their products,” he said.

Mr Tindall said the position reflects a growing attitude of their clients who don’t want to invest in harmful products.

“The pledge builds on our existing approach, which included the introduction of a new ethical decision-making framework and a commitment to divest AU$440 million worth of tobacco holdings,” he said.

Mr Tindall said the company had also divested from manufacturers of landmines, and chemical and biological weapons which represented more than $130 million in securities.

“Our ethical framework has shown it is possible to reconcile complex ethical issues in institutional investing while contributing to a sustainable future that creates long-term value for our investors, the environment and the community,” he said.

AMP Capital has completed its divestment of $440 million worth of tobacco manufacturing-related holdings from its portfolio. 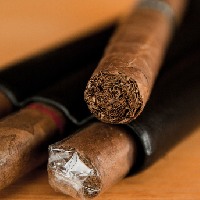