First, he said extreme monetary policy and impacts of excess liquidity continues to play out in most developed world economies.

Second, he noted that the world is in the middle of a “technology and communications revolution that has fundamental social implications”.

“In the first place, excess liquidity has created a massive distortion in financial versus real economy prices, such as wage growth,” Mr Tadgell said.

“Following on from this, the distortion is sharpening the sting of inequality.  We believe we are in a new phase of what we call the ‘war on inequality’, which is characterised by rising popularism, regulation and redistribution.”

Another global shift, according to Mr Tadgell, is China’s emergence as an economic superpower.

He said the global financial crisis has aided the rise of China and it is now entering the next phase of its industrial modernisation under its ‘Made in China 2025’ policy to upgrade its economy.

“In our view, the current trade tensions reflect a broader structural and more permanent change, akin to the US-Sino relations in the 1970–1980s when Japan emerged as an economic super power,” Mr Tadgell said.

“Against these seismic trends, central banks are now on an exit path from quantitative easing, adding to the risk of higher rates and volatility.  This requires a heightened level of diligence around valuation and regulatory changes and favours active management and a fundamental investment process.

“In our view, taking a high conviction active approach to investing in companies well positioned in attractive end markets, and that have engaged and focused leadership, is vital.” 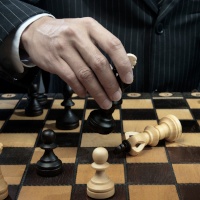