‘If you can't short, you can't do business’: former ASX director

A former ASX board member continues to defend the practice of short selling, arguing that it is a “necessary” part of investing.

The founding partner of Manikay Partners, Simon Finemore, was addressing the AIMA annual conference where he told the delegates that shorting stocks was an important investment approach.

“Short selling is a necessary methodology that is part of an arbitrage or an investment approach,” he said.

Mr Finemore was formerly on the ASX board until 2013 when Manikay was tripped up by US regulations.

“We ended up agreeing with the SEC that we broke this particular rule and we paid a relatively large fine, $2 or $3 million dollars,” he said.

The rule in question relates to how investors can and can’t buy stocks,  Mr Finemore explained.

“There’s a rule in the US and what that says is: if you short the shares, you can’t basically buy stock in a new issue to cover your shorts,” he said.

The former ASX director and his business partner Russell Aboud were both on the board of the ASX and stepped down due to the media scrutiny surrounding the event.

“Russ and I decided to resign in order to get it out of the press, but I mean it was a painful experience, but the lessons were very valuable,” he said.

One of those lessons , he said, was that investors must abide by the rules in which they are regulated under.

“No matter how hard you try to stay in the rules you've got to try harder,” he said.

‘If you can't short, you can't do business’: former ASX director

A former ASX board member continues to defend the practice of short selling, arguing that it is a “necessary” part of investing. 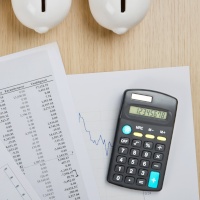