The sixth round of hearings of the royal commission will focus on insurance, with executives from AMP and CommInsure set to take the stand from 10 September.

Kenneth Hayne’s royal commission has revealed that insurance will be the topic for its sixth round of hearings, which will run from Monday 10 September to Friday 21 September.

The hearings will be divided into three broad topics: life insurance (with case studies on AMP, ClearView, CommInsure, Freedom Insurance, REST and TAL), general insurance (looking at Suncorp’s AAI, Allianz, IAG and Youi) and the regulatory regime (hearing evidence from the Code Governance Committee, the Financial Services Council and the Insurance Council of Australia).

“The hearings will also consider the appropriateness of the current regulatory regime for the insurance industry,” said the commission.

“The commission presently intends to deal with these issues for the purposes of the public hearings by reference to the case studies ... These include the natural disaster case studies that were originally to have been examined in the fourth round of public hearings,” it said.

The commission will also hear evidence given “by consumers of their particular experiences”.

Applications for leave to appear at the hearings in respect of the case studies must be received by the royal commission by 5pm on Friday 31 August 2018.

The sixth round of hearings of the royal commission will focus on insurance, with executives from AMP and CommInsure set to take the stand from 10 September. 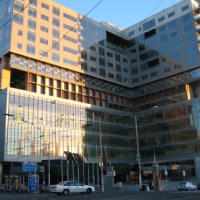