Amid the escalating trade war between China and the US, investors can still find investment opportunities within the Latin American region, says Investec Asset Management.

“As a region, [Latin America] is more insulated to the trade spat than Asia or [Central Europe] for that matter,” Mr Gey van Pittius said.

He pointed specifically to Mexico, Argentina, Columbia and Brazil as “idiosyncratic drivers in [Latin America] at the moment”.

He added that in a meeting with Mexico’s deputy minister of finance Vanessa Rubio earlier in the year, she was giving President-Elect Obrador’s party a “clear running into for when they take over in December” and “giving them a clean slate”.

“The fiscal position looks very strong, so this is great news to hear.”

Mr Gey van Pittius also commented that Columbia had been “a little bit of a darling in Latin America”.

“We love Columbia, we have for a long time; [newly elected President] Iván Duque came in and took over from [former president Juan Manuel] Santos. A clear win, very good mandate.”

Amid the escalating trade war between China and the US, investors can still find investment opportunities within the Latin American region, says Investec Asset Management. 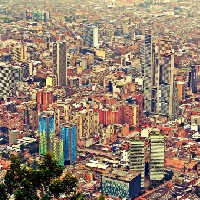