Morgan Stanley has made the case that AMP represents “deep value” at current prices, listing 10 steps the new chief executive can take to rebuild the company.

AMP’s share price has declined 35 per cent since revelations about its poor governance and ‘fees for no service’ were discussed in detail at the royal commission in April.

But as the embattled company undertakes a search for a new chief executive, Morgan Stanley analysts believe there is “deep value” in the stock – giving it an “overweight” rating.

AMP has “a blank sheet of paper” to rebuild itself, said Morgan Stanley, just as it did in 2002 following an even more dramatic 80 per cent collapse in its share price.

“The assumptions under which AMP was rebuilt in 2002 have changed dramatically following the post-GFC regulatory intervention,” said the note.

“Current circumstances and years of disappointment create a unique opportunity for bold leadership to evaluate how the strategic assets and capabilities can be
reshaped to unlock value and restore growth,” it said.

Once chairman David Murray hires a new chief executive, his or her first priority will be to conduct a strategic review and completely restructure AMP.

Next, the new chief executive will have to “attack the cost base”, rebase earnings, cut the dividend payment to 70 per cent, actively target non-primary super accounts, unlock the potential of new advice platform, consider making North direct-to-consumer, align reporting within the wealth division to the value chain, focus on global real assets, and consider releasing capital in Life, Mature and NZ.

Morgan Stanley’s base case for AMP is that it “weathers the storm” and recovers from its current $3.54 share price to $4.60.

Under this scenario, vertical integration will still be viable in the aftermath of the royal commission, but regulation will drive higher costs, compliance risk, and complexity in the business model, said the note.

Morgan Stanley has made the case that AMP represents “deep value” at current prices, listing 10 steps the new chief executive can take to rebuild the company. 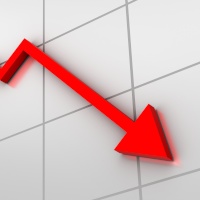