The political turmoil in Italy is a “serious matter” for investors given that the country has the third-largest sovereign bond market in the world, says Janus Henderson.

The new government will feature ministers from both the far-right League and the anti-establishment Five Star Movement, which have formed a populist coalition following the March 2018 election.

Both parties have stepped back from the brink of leaving the Eurozone, says Janus Henderson global bonds portfolio manager Andrew Mulliner – but that has not calmed Italian bond markets.

"Government bond markets have seen yields rise by 140 basis points in the ten year part of the curve and more worryingly over 250 basis points at the front end of the curve (two years to maturity) at their worst point," Mr Mulliner said.

"This flattening of the yield curve is symptomatic of investor fears around a sovereign default albeit the yield levels currently observed suggest this is not a serious risk factor yet," he said.

"Worryingly, however, the market seems entirely one sided (in risk-off mode) with little interest to stem the selling in the more panicky moments. With political uncertainty set to continue, it is not clear at what point we will see stability in Italy.

"This is a serious matter for investors; Italy has the third largest sovereign bond market in the developed world and is far too big to fail.

"A Eurosceptic government at loggerheads with the European Commission and a much increased cost of debt spells trouble for Italy’s debt sustainability calculations.

"What matters for Italy will ultimately matter for the world, hence we have seen good demand for safe haven government debt over the past week, with bunds, gilts and US Treasuries all lower in yield," Mr Mulliner said.

The political turmoil in Italy is a “serious matter” for investors given that the country has the third-largest sovereign bond market in the world, says Janus Henderson. 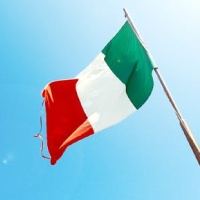