Boards in the dark about third-party risks: EY

Critical risks about third party service providers are not being reported to the boards of financial services companies, according to EY.

While more than 60 per cent of financial services institutions report noncompliant third parties to senior management, less than half of firms escalate the problems to board level.

EY's Global Third Party Risk Management Survey has uncovered that "critical third party information" is only escalated to board level by 41 per cent of organisations – and only 26 per cent of companies report breaches and incidents to the board.

The global findings, which include two unnamed Australian institutions, come after revelations of poor corporate governance at AMP that led to the resignation of the CEO and chair on 20 April and 30 April, respectively.

Overall, the EY report concluded there have been "big gains in governance and oversight" when it comes to third-party risk management, but more needs to be done on board reporting and technology integration.

Boards in the dark about third-party risks: EY

Critical risks about third party service providers are not being reported to the boards of financial services companies, according to EY. 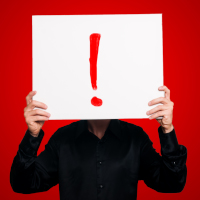