Record high levels of household debt mean the RBA will not be hiking any time soon, says governor Philip Lowe.

Speaking at the A50 Economic Forum dinner in Sydney on Thursday, Reserve Bank governor Philip Lowe said that Australia does not have to “move in lock-step” with foreign economies by hiking interest rates.

“We did not lower our interest rates to the extraordinarily low levels seen elsewhere after the financial crisis,” Mr Lowe said.

“Just as we did not move in lock-step on the way down, we don’t need to do so in the other direction.”

Mr Lowe again raised concerns over continually high household debt, and he reiterated the threat posed by “very fast growth” in investment and interest-only borrowing presented to the economy’s stability.

“[The] high level of household debt in Australia is remarked upon by international investors almost as often as the fact of 26 years of growth.

“A while back, we had become quite concerned about some of the trends in household borrowing, including very fast growth in lending to investors and the high share of loans being made that did not require regular repayment of principal.

“Our concern was not that developments in household balance sheets posed a risk to the stability of the banking system. Rather, it was more that they posed a broader macro stability risk — that is, the day might come, when faced with bad economic news, households feel they have borrowed too much and respond by cutting their spending sharply, damaging the overall economy.”

“We have worked closely with APRA, including through the Council of Financial Regulators, to address these issues,” Mr Lowe continued.

“This work, together with other steps taken by APRA, has helped improve the quality of lending in Australia.”

Additionally, in its Statement on Monetary Policy released last week, the RBA re-stated its commitment to publishing refinancing data to accurately report the level of switching from borrowers between investment and owner-occupier loans.

“[The] RBA will publish data on aggregate switching flows to assist with the understanding of this switching behaviour,” the central bank said.

Moreover, the RBA governor noted that while the next cash rate move will likely be up, the regulator will keep the cash rate at 1.50 per cent until it sees progress in wage growth, inflation and employment.

“If we do make that progress, at some point it will be appropriate for interest rates in Australia to also start moving up,” the RBA governor said.

“So, given recent developments in Australia and overseas, it is likely that the next move in interest rates in Australia will be up, not down.”

Record high levels of household debt mean the RBA will not be hiking any time soon, says governor Philip Lowe. 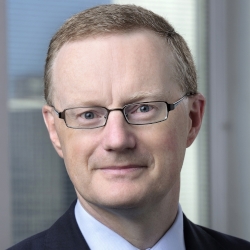