US shares extended their losses early on Friday, with both the S&P 500 and Dow Jones Industrial Average down 10 per cent since their 26 January record highs.

The S&P 500 fell 3.75 per cent and the the Dow Jones was down 4.15 per cent on Thursday US time, sending both indices down more than 10 per cent since their record highs on 26 January.

A fall of 10 per cent is treated by market participants as a correction, while a 20 per cent fall from peak to trough generally denotes a bear market.

US 10-year Treasury yields rose as high as 2.884 per cent on Thursday US time, sending shares plummeting on fears about government spending.

Leaders in the US Senate reached a deal on the budget that would increase domestic and military spending by $300 billion on Thursday.

However, the US federal government was shut down at 4pm Friday Australian time (midnight Thursday in the US) after Republican Senator Rand Paul blocked a vote on the bill.

The shutdown was ended in the early hours of Friday (US time) following a successful budget vote. It is the second time in less than a month that the US government has been shut down.

Concerns about US fiscal policy add to investor fears about rising inflation and increases to central bank interest rates.

Perpetual head of investment strategy, Matt Sherwood said emergency central bank policy settings are "simply no longer appropriate and need to be withdrawn before they culminate in major economic dislocation".

Mr Sherwood noted the MSCI World Sharemarket Index is trading at a price/earnings ratio of 18 times forward earnings – the highest level since March 2004.

"In the end, extremely low interest rates have underpinned a build-up of some very exotic positions in markets over recent years, and these are in the process of unwinding," he said.

"Despite recent volatility, 2018 returns will be determined by the fundamentals and how much the strong global economy pushes earnings growth and interest rates higher."

"Markets still haven’t adjusted to the expectation that the US Federal Reserve could raise rates four times in 2018. Next week’s US inflation figure will be a key indicator: a stable number will reassure markets, but a strong inflation print may cause more market consternation," he said.

US shares extended their losses early on Friday, with both the S&P 500 and Dow Jones Industrial Average down 10 per cent since their 26 January record highs. 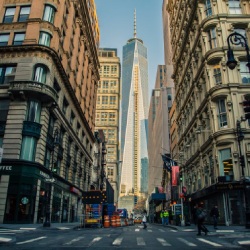