Aurora Funds Management has terminated its chief financial officer after $1 million was taken from the company’s bank account “without proper authority”.

The announcement accompanied a notice on the company's website that it had called in the Victorian Police over the disappearance of $1 million from its bank account.

"Aurora Funds Management announces that over the weekend it became aware that approximately $1 million of funds belonging to the Aurora Property Buy-Write Income Trust appear to have been taken from its bank account without proper authority," said the notice.

Aurora pledged to notify ASIC about the incident, along with its insurer.

"Aurora confirms that it has appropriate insurance cover in place and also expects to take recovery action against the alleged perpetrator as soon as practicable," said the notice.

"Although Aurora's investigation is continuing, at this stage the board has no reason to believe that there has been any other unauthorised withdrawal of money from any other fund managed by Aurora. Further, Aurora believes the perpetrator acted alone."

The "incident" is not expected to affect the completion of the Aurora Property Buy-Write Income Trusts's takeover of the RNY Property Trust, said the notice.

The company said it would appoint a replacement chief financial officer "as soon as possible".

Aurora Funds Management was sold to Seventh Orion by its previous owner, Keybridge Capital, in June 2016.

Aurora Funds Management has terminated its chief financial officer after $1 million was taken from the company’s bank account “without proper authority”. 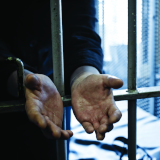