Superannuation fund balances held by the Millennial demographic have risen $226 billion in the last decade, Roy Morgan research has found.

These results were “well ahead of the overall market growth over this period of 110 per cent”, a statement from Roy Morgan Research said.

Additionally, Millennials’ market share of superannuation funds more than doubled during this time, growing from 6.4 per cent to 14.6 per cent. 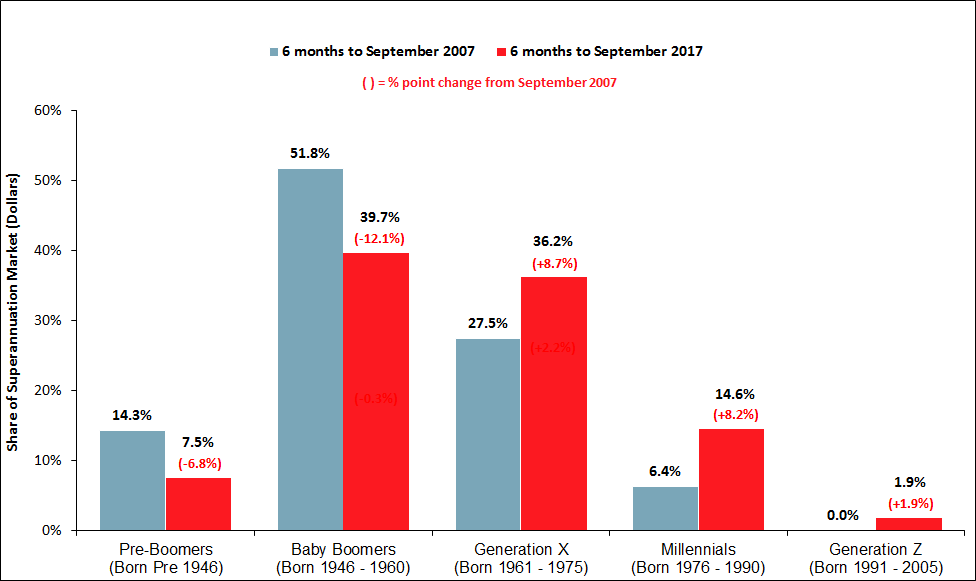 “This research has shown that due to the compulsory nature of superannuation, Millennials, Generation Z and Generation X are where the greatest growth potential now lies,” he said.

“Baby Boomers and Pre-Boomers are becoming less significant for superannuation growth in the long term due to retirement and the associated drawing down of their superannuation balances.”

These results are despite the “major challenge” of engaging with Millennials about their super, Mr Morris said.

“[Millennials] are most likely to have shorter term priorities such as housing affordability and lifestyle,” he said.

“Concerns relating to rule changes to superannuation ... and difficulties in accessing funds, are also likely to be contributing to a general lack of engagement by the young in superannuation.”

Superannuation fund balances held by the Millennial demographic have risen $226 billion in the last decade, Roy Morgan research has found.