In a statement released yesterday, S&P Dow Jones said growing importance of “carbon considerations” was driving its decision to publish the metrics, which utilises data from Trucost, on its website.

“Once market participants understand their carbon exposure, they can begin to find solutions to manage this exposure and potential risk,” Ms Skeates said.

“Whether reducing carbon exposure through a broad market low carbon strategy, or via fossil fuel divestment, S&P Dow Jones Indices has indices – and the carbon metrics to measure it.”

According to the statement, the three carbon metrics published on the website are:

In comparing the returns of six versions of the S&P 500 Index in a report titled Stepping Up to Carbon Transparency, S&P Dow Jones argued against the myth that low-carbon indexes delivered lower returns. 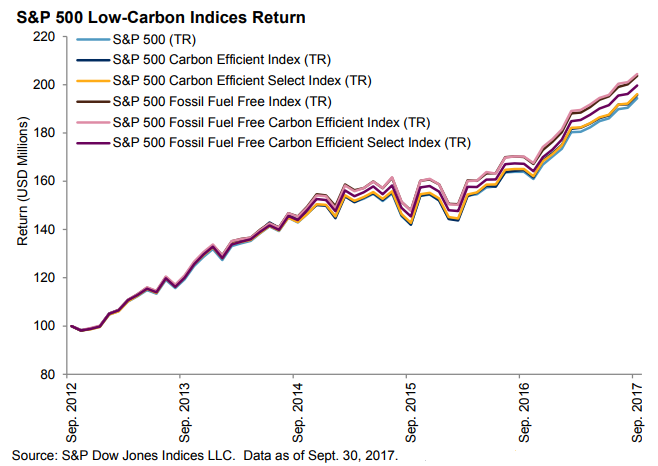 “The low-carbon versions of the S&P 500 actually outperformed the benchmark over the five-year period,” the report said.