Companies with diverse boards typically perform better, but a new study from AMP Capital has found investors have become desensitised to the issue and risk stifling progress.

In the company’s report, Gender diversity: The real reason we’re still talking about it, AMP Capital corporate governance manager Karin Halliday said investors have been “talking about gender diversity for so long that we’re becoming dulled to the issue”.

“We heard the arguments so many times that we’ve hard-wired our opinions and responses and we stop listening,” she said.

“Ironically, just when the focus should be on embracing new and diverse ideas, we may be choosing to shut them down.”

Despite this, women are still underrepresented in senior positions, Ms Halliday said, with ‘unconscious biases’ – ingrained assumptions about the way people are – being one of the factors stifling women’s progression into such roles.

These biases could be seen in the responses given by several company chairmen to questions about gender diversity on their boards.

“They’re different, it would spoil the harmony of the board,” one chairman told AMP Capital.

The company said another chairman, when asked about gender diversity on the board, commented that women were “too risk-averse”, though research from FinaMetrica found only “slight differences” in risk tolerance between men and women.

Ms Halliday said investors looking for sustainable value gain need to consider how gender diversity affected company performance and acknowledge they are “part of the solution”.

“For as long as companies choose to narrow their pool of talent and limit their cognitive diversity and collective intelligence, it will be in investors’ best interest to engage with companies on this issue,” she said.

Investors need to continue having conversations around gender diversity in order to fully address the problem, Ms Halliday said.

“Each of us has some understanding of the need for greater diversity, yet it appears we also have roadblocks and biases that are so deeply entrenched they make us part of the problem and contribute to the inertia. It’s no longer OK to simply agree that someone needs to do something,” she said.

Group insurance must not ‘erode’ super

Companies with diverse boards typically perform better, but a new study from AMP Capital has found investors have become desensitised to the issue and risk stifling progress. 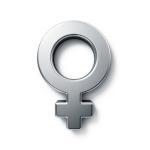