Current volatility in the bond market caused by uncertainty in global central bank policies could put upward pressure on bond yields, according to Eaton Vance.

The firm described the recent rise in government bond yields as “a splash of cold water to the face” of investors who were complacent about the ‘lower for longer’ mindset.

The impending US election and the possibility of US Federal Reserve interest rate rises are not the only drivers of volatility, Eaton Vance said, adding that the actions and comments of other central banks were also playing a role.

“The Bank of Japan is reportedly exploring ways to steepen the yield curve in Japanese bonds to help the banking sector and, therefore, aid its transmission method for policy,” the firm said.

Eaton Vance noted that the Bank of Japan has promised a broad review of its policies at its upcoming meeting, while European Central Bank president Marion Draghi declined to comment on whether or not the bank would expand its bond buying program.

“Put it all together and we're potentially seeing a change in tone from central banks on interest rates and the slope of global yield curves," Eaton Vance said.

“The European Central Bank and Bank of Japan have acknowledged publicly that the compression in yield spreads from short to longer maturities has hurt bank profitability. The implication is that with profitability hindered, banks have less incentive to lend."

If these two central banks did adjust their policy settings to support the banking industry, Eaton Vance said, the Federal Reserve itself could increase rates marginally, which in turn could put upward pressure on global yield curves.

“The long end of global yield curves could see upward pressure based on this adjustment, as well as fiscal policy crowding out what would normally be private borrowers,” the firm said.

Coalition backs down on lifetime cap

Current volatility in the bond market caused by uncertainty in global central bank policies could put upward pressure on bond yields, according to Eaton Vance. 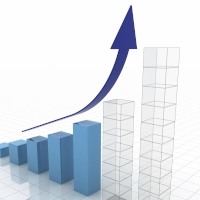